Below are my currently available or soon to be released books.

The Chronicles of the Harekaiian 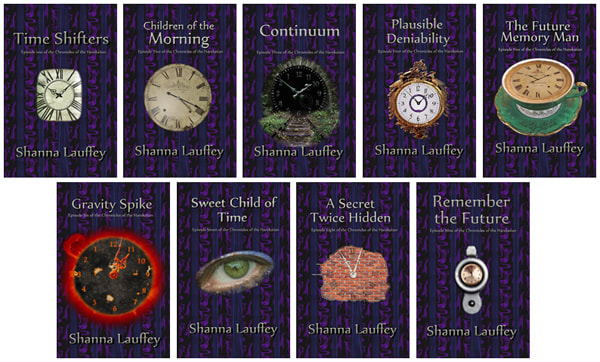 Time Shifters
An ancient people who can move through time or space...

A secret that never should have been revealed...

One day in a Los Angeles restaurant, Akalya of the Harekaiian witnesses the capture of several of her people and is the only one to get away. Now it is up to her to rescue the captives and learn how... and why... they are being apprehended. The key lies in discovering who is behind the hunt for her people, when no one should have known they existed.

Children of the Morning
The Time Shifters are in danger. Someone wants what they have and are willing to kill if necessary to get it.

Akalya couldn’t hide in the past forever. The time has come to untangle the threads of a conspiracy so sinister that her very life hangs in the balance, as well as the lives of all of her kind.

Compelled by her promise to help Marcus, the half-breed, to learn to control his abilities, Akalya is conflicted by the need to go underground to elude the rich entrepreneur who continues to seek out others of her kind that even Akalya doesn’t know about, and the mysterious researcher working behind the scenes who already came too close to dissecting her best friend.

Akalya cannot leave, but she cannot stay. Most of all she must see that no more of her kind breed mutants like Marcus, who could become a danger to them all.

Continuum
Marcus, the half-breed Time Shifter, accomplished a time shift under crisis and discovered that the skills of his birthright were possible, yet the ability to shift at will was still elusive to him. Akalya, the Harekai Time Shifter whom he had been sent to capture, escaped into exile with him and there, in a small town in northern Idaho, they began to work together to discover the extent of Marcus' abilities and to learn how to break through the barrier that had limited his inborn skills all of his life.

Hiding in an obscure small northern town brings a new form of trouble, and Kallie and Marcus may soon learn that their secret location isn't so secret after all.

Plausible Deniability
Kallie wants to return to Los Angeles. She and Marcus come out of their quiet and peaceful existence in a small Northern California town nearly a year after the last encounter with their pursuers, but who is the mysterious young person who appears in their remote sanctuary and disrupts the illusion of safety under which they have been living?

An audacious teenager who carries the time-travel gene, hardly more than a child with all the knowledge of a life that transgresses all the normal rules of time, will risk everything to enlist Kallie to be his would-be savior. Kallie still has reason to fear Mason, her pursuer who is obsessed with time travel and has spent his entire adult life obsessively hunting down that secret, even resorting to murder in the past.

An impossible and unbelievable discovery about time loops, which the scientists insist are not viable, destroys the foundation of all that Kallie thinks she knows about time travel and forces her to make an impossible choice that may put events into motion that will have terrible consequences.

Swayed by her best friend's devotion to saving him from being lost forever, Kallie is compelled to compromise everything she holds sacred to save the adolescent from the danger of blinking out of existence. The charming and disquietingly confident teenager responds to the anomaly of his existence with flippant remarks and quoting from a Stephen King novel, while Kallie nurtures a fear that the young man might in fact be the ultimate temporal weapon.

The fourth book in the Chronicles of the Harekaiian series will present concepts of time travel and reality that leave readers thinking long after they turn the last page.

The Future Memory Man
A cosmically displaced teenager with the ability to time travel might be the key to understanding current theories about the universe and what prevents time travelers from rewriting history. Kallie visits her friend Harlan, a practicing Physicist and covert researcher of Time Travel Physics, who has spent his life searching for an elusive explanation for the Time Shifters' abilities. Kallie hopes to try to make sense of a time loop and to learn why travel to the future has always been discouraged among the Harekaiian. For decades, Doctor Edmundson has jotted down equations to try to find the answers to many of History's unanswered questions, as well as solutions to unsolved riddles and to investigate his controversial theory of time loops, but now they find an even greater mystery. Kallie and Marcus' dreams of leading a quiet and peaceful life become shattered when Kallie realizes that only she can close the loop, but the price of what she must do could be higher than she can bear.

Gravity Spike
The past comes back to haunt Kallie when she travels back to a time in her youth to follow Mason's trail. Other lives and other loves distract her from her task; to determine how Mason is traveling through time.

Another time traveler is discovered who may hold the secret Kallie needs to discover, but first she needs to secure the elusive nemesis who has plagued her across the years and to discover where and when Connor has exiled Julia.

Sweet Child of Time
A mysterious folder on a rich man's computer has taunted Kallie for too long. She has to know what it contains and whether it includes sensitive information about her people.

Her attempts to find someone who can hack the file leads her to a Harekai she didn't expect to see again, but an accident of timing may lead to someone close to her getting lost in time forever!

A Secret Twice Hidden
While distracted by studying the effects of a magnetic field to fold dimensions, Harlan receives another visitor. Mason is a man with a reputation for cold-blooded murder and he, too, wants answers to questions of time travel.

Remember the Future
Will keeping Kallie's promise to Harlan leave him at the mercy of Mason's increasingly psychotic demands? Can her most recent protégé protect her from his murderous younger self? Will Bodi ever forgive her? Will Marcus?

The Book of Revelations
Tormented by ghosts from the past, Kallie struggles to find a way to make herself useful to the world and especially to the displaced half breeds engendered by her people.

Can she bring herself to dedicate her life to helping others? Will Marcus play a part in her future? 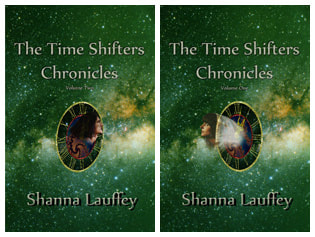 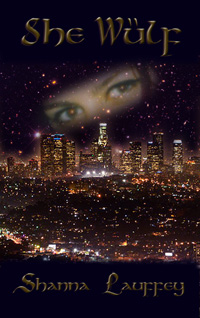 Keira trembled as she felt the gentle touch of Brian’s fingers on her thigh just below the hemline of her carefully chosen mini dress. She had waited for months for him to ask her out. She had wrestled with the question of how far to allow him to go on the first date. She knew she wanted him, but if he thought her too easy it could too easily be their only date and she wanted more. She wanted Brian to be hers.

What happens when an ordinary date turns into a life changing transformation... a curse that will follow a young woman for the rest of her life? Kiera Moran wanted nothing that any woman wouldn't want; a future, a career and a man that would make her feel beautiful and alive. When she managed to find herself out and alone with Brian Donahue at last, the man she believed was destined to fill this role in her life, she learned to her sorrow why he avoided ordinary social dating so vehemently.

A moment of passion awakened a change so frightening that Kiera found herself fleeing for her life... but it was too late. A single drop of blood was all that was needed for her to become the She-Wȕlf. 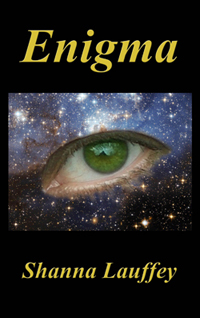 Her name was Tarion. It was a name she had given herself, knowing that a man's name would afford some small measure of protection in a land where women were traded as chattels.

Riding across the Mongolian Steppe with a horde so massive that few noticed the slight, green-eyed seer, Tarion was haunted by memories of a time and place that seemed to make no sense, until one day she awakened and found that the place of her dreams had become her reality.